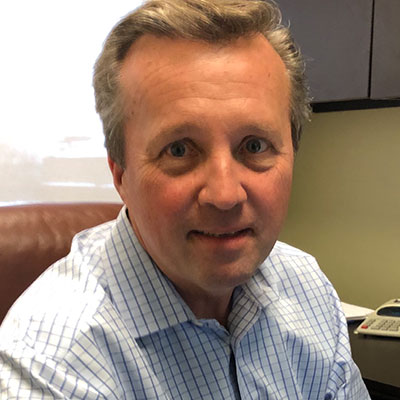 Mr. Zesbaugh has spent nearly 30 years working in the insurance industry and advising entrepreneurial businesses. He most recently served as President and CEO of Security Life, a national life & health insurance carrier focused on the ancillary products markets. There, he orchestrated the company’s successful turnaround and ultimate sale in 2016.

In 2008, Mr. Zesbaugh started and led a Bermuda-based reinsurance company with a group of insurance executives to manage the risk associated with financial guarantees embedded within fixed and variable annuities.

Prior to his role as CEO, Zesbaugh led the company’s financial and investment operations where his strategic leadership helped propel the company from a public start-up into the fastest growing insurance operation in the United States. During his tenure as CFO, Zesbaugh led the acquisition of more than 15 national marketing organizations and oversaw the divestiture of major business lines.

Over the last 10 years, Mr. Zesbaugh has worked with and invested in a variety of entrepreneurial ventures, providing expertise and advice to accelerate business growth. He sits on numerous for-profit and not-for-profit boards. He is a graduate of the University of St. Thomas (St. Paul, MN), with a BA in accounting. He is also a Chartered Financial Analyst and a Certified Public Accountant (inactive license).

In the early 1980’s, after seven years as CEO of ITT Life, Mr. MacDonald struck out on his own to form a new life insurance company, LifeUSA, based out of the Twin Cities. As founder, chairman and CEO at LifeUSA, Mr. MacDonald earned a reputation for breaking old rules and charting new courses. Accordingly, LifeUSA became one of the fastest growing, best-known and most successful companies of the 1990s. From a start-up in 1987 to the time Allianz AG of Munich, Germany acquired LifeUSA in 1999, the company developed into a profitable, publicly-traded company with sales exceeding $1 billion, assets of more than $6 billion and over 80,000 agents contracted to represent the company.

Today, Mr. MacDonald continues to consult businesses of all sizes on management issues and strategy, and frequently delivers keynote speeches at industry conventions. He serves on numerous boards, has authored several business books, and pens a weekly blog, BobMacOnBusiness. In addition, he has written scores of articles dealing with management and the financial services industry, serves as a columnist for Best’s Review and Insurance Marketing, and is a frequent contributor to Directors & Boards.

Mr. MacDonald is often featured in the media, including outlets such as the Wall Street Journal, USA Today, Forbes, Business Week, American Banker and Institutional Investor. He was the first person to be twice recognized as “Entrepreneur of the Year” in Minnesota.

Mr. Moeller is a highly accomplished Entrepreneur and Chief Executive Officer with a proven track record of consistently growing revenue and earnings with his dynamic ability to build, motivate and drive teams to achieve outstanding results. He is a leader that embraces entrepreneurialism and performance-based cultures to achieve long-term sustainable results.

Over a 30+ year career, Mr. Moeller earned a reputation as a Top Sales Producer with a demonstrated success in selling by leveraging a consultative and cooperative sales effort with high profile clientele. He was recognized for achieving over $50 million in annual sales. In 2004, he founded Inside Edge with a vision of “Reshaping an Industry” by providing nationwide commercial flooring installation services and innovative solutions. He grew the company from a startup to $85M in sales and over $10M in operating profit, including the acquisition of multiple complimentary business units. Inside Edge was recognized as one of Minnesota’s fastest growing private companies by Twin Cities Business Magazine, a Top 10 US Commercial Flooring Contractor by Floorcovering Weekly and a Top 100 Workplace in MN for 5 consecutive years by the Star Tribune. In 2014, Moeller evaluated multiple exit strategies and oversaw the successful ownership transition of the company to an Employee Stock Ownership Plan with a 15x ROI for original shareholders.

Prior to founding Inside Edge, Moeller started a new branch location in Minneapolis for a budding California commercial flooring company. After growing the branch to the top 3 in revenue and profitability, he was promoted to Regional Vice-President overseeing the Midwest Region for DuPont Flooring Systems. He also founded Single Source Construction, a residential construction company, before selling the company to its key employees. David graduated from the Georgia Institute of Technology in Atlanta, GA in 1987 with a Bachelor of Science Degree in Industrial Management.